Speaker’s Corner: A Conversation with Jody Glidden, CEO of Introhive 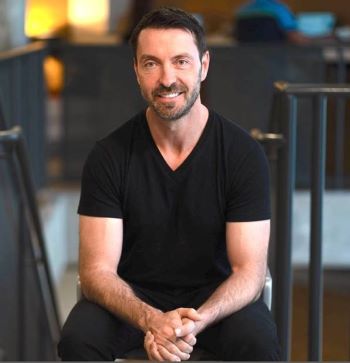 Destination Canada Business Events recently attended the CESSE CEO Meeting in Annapolis, Maryland, which brings together CEOs and executive directors of STEM societies. As a premier partner to the event, our team arranged an informative session with Jody Glidden, co-founder and CEO of Introhive, who spoke about the role that innovation plays in STEM societies. During the session, Jody explained how his New Brunswick-based company uses artificial intelligence and other disruptive technologies to help businesses make sense of their data and build stronger relationships.

This is just one example of how Destination Canada Business Events can connect meeting planners and decision makers with visionary thought leaders across our six key economic sectors — to ultimately elevate conferences and enrich the experience for delegates.

We recently caught up with Jody to discuss Canada’s technology scene, from the attributes that make our destinations ideal breeding grounds for startups to why our hubs are natural draws for business events. Read on to hear his thoughts.

To start, can you explain what makes Canada such fertile ground for disruption and innovation in the technology sector?

Jody: Canada is home to many wonderful post-secondary education institutions that breed exceptional minds. Because the country is so vast and diverse, we see ingenuity and innovation that is as unique as the Canadian landscape. For example, taking my home region of Atlantic Canada into account, you have this vast span of land and a relatively small population. Yet at the same time, some of the best tech stories are emerging from the region because of the investment made here over the years.

You’ve started several companies in your hometown of Fredericton. Can you elaborate on why this is?

Jody: Fredericton is a quaint and special place that serves as a hub for innovation in New Brunswick. Traditionally, in New Brunswick and across the Atlantic Canada region, young people have had to leave to find high-paying work or to start their careers in technology. I wanted to change that.

For the first time, we’re starting to see a reversal of that exodus. Young talent is beginning to return to Atlantic Canada for job opportunities. And to know that Introhive has been a part of that is something I’m very proud of.

What’s one word you would use to describe Canada’s technology sector?

Tell us more about your latest venture, Introhive — which has been recognized as a top 10 fastest growing technology company in Deloitte’s Fast 50 Award. What do you think has made it the success that it is?

Jody: There’s no question that our team is what makes Introhive the success it is today. I am humbled by their talent and drive, and it’s been amazing to build this team over the past 10 years. We have a culture of hustle that’s rooted in transparency from the top down and all the way across the organization. The majority of our team are shareholders in the organization as well, so there is a true sense of entrepreneurship and ownership that each member brings to the table every day. We also believe that failure breeds innovation and we encourage teams to try new things and think outside of the box at every opportunity.

What aspects of the technology sector in Canada contributed to the growth of Introhive?

Jody: A lot of factors helped us grow at the rate we have. For one thing, there is an exceptional talent pool in Canada and especially in Atlantic Canada. Over the years, we have also been able to leverage funding through grants and investments from Canadian organizations, which has enabled us to focus on R&D and acquire the talent we needed to scale and be successful.

Are there any cutting-edge innovations in AI that Introhive is currently capitalizing on?

Jody: We are cutting–edge innovation! Our product and engineering teams are always looking for new ways to expand our capabilities and use existing technologies. Last year, we expanded our platform to offer AI coaching that helps guide users to make better decisions, faster, so they can grow their revenue at scale. In the coming months, we’re looking forward to rolling out new applications of our existing technology that will use AI to make recommendations and offer industry and relationship intelligence to our users.

What are the advantages to attending a conference in Canada?

Jody: Not to be cliché, but we’re pretty nice up there! Beyond Canada’s hospitability, I think a great advantage of attending or holding events in Canada lies in the diversity and history of our major cities. If you’re in Montreal, for example, you’ll find yourself in a trendy and multicultural city that’s full of flavor and culture. If you happen to be in Old Quebec, you get a sense of its rich history and the French-Canadian culture. Calgary is a young city that’s growing up quickly, whilst Halifax is filled with historic architecture and flair that’s hard to describe. From city to city and coast to coast, Canada has world-class venues, amazing hospitality and a lot to offer to professionals (or families) who come to visit.

Do you have any memory or anecdote from a meeting or conference that you attended in Canada?

Jody: In early 2020, just before COVID-19 brought us all to a halt, we held our annual Sales Kick Off in Halifax, Nova Scotia. For a lot of our company, it was the first time they had met some of the people they worked with in person because we’re so spread out. And for several others, it was their first trip to Nova Scotia or Canada. It was a special time to have the company in one place and the majority of our team in one room, engaging with one another. Outside of our planned activities, our teams had a great time exploring Halifax and spending time getting to know the area as well as each other.

It’s now been two years since our company has gotten together like that and we’ve grown a lot in those two years, so this is a memory that really stands out for me as we continue to look to the future of our company during the age of COVID-19. We hope to reunite the entire company, which is now much bigger, again in Halifax when normal travel resumes.

Is there anything else that you’d like to add?

Jody: As the Bachman-Turner Overdrive said, “you ain’t seen nothing yet!” The technology sector in Canada is growing fast and I think it’s an exciting time to be watching companies like Introhive because CanTech is going to change the world. The year 2021 saw a lot of big funding announcements and acquisitions across Canadian tech (including our $100M Series C) but I believe this was just the tip of the iceberg. There’s a lot more to come, and we’re seeing this through the increased interest in our product and the money coming into the space.