MADE IN CANADA INNOVATION

A global manufacturing industry leader, Canada is leveraging its homegrown ingenuity, strong commitment to research and development, and a highly educated and skilled workforce to drive the advanced manufacturing sector beyond the modern age and into the future.

Canada’s Industry 4.0 technologies and next-generation manufacturing capabilities are revolutionizing how finished products and components are designed, manufactured, distributed and repaired across a spectrum of industries and climate conditions. Developments in robotics, automation and technologies such as additive manufacturing (3D printing), have far-reaching application in Canadian industry sectors—including aerospace and defence, automotive, agriculture and pharmaceuticals. Canadian innovators are producing a diverse range of technologically complex, high-value products for domestic and competitive global markets, which is why influential thought leaders regularly meet in Canada to debut trailblazing developments, share best practices and lay the groundwork for partnerships that shape the future of advanced manufacturing technologies. 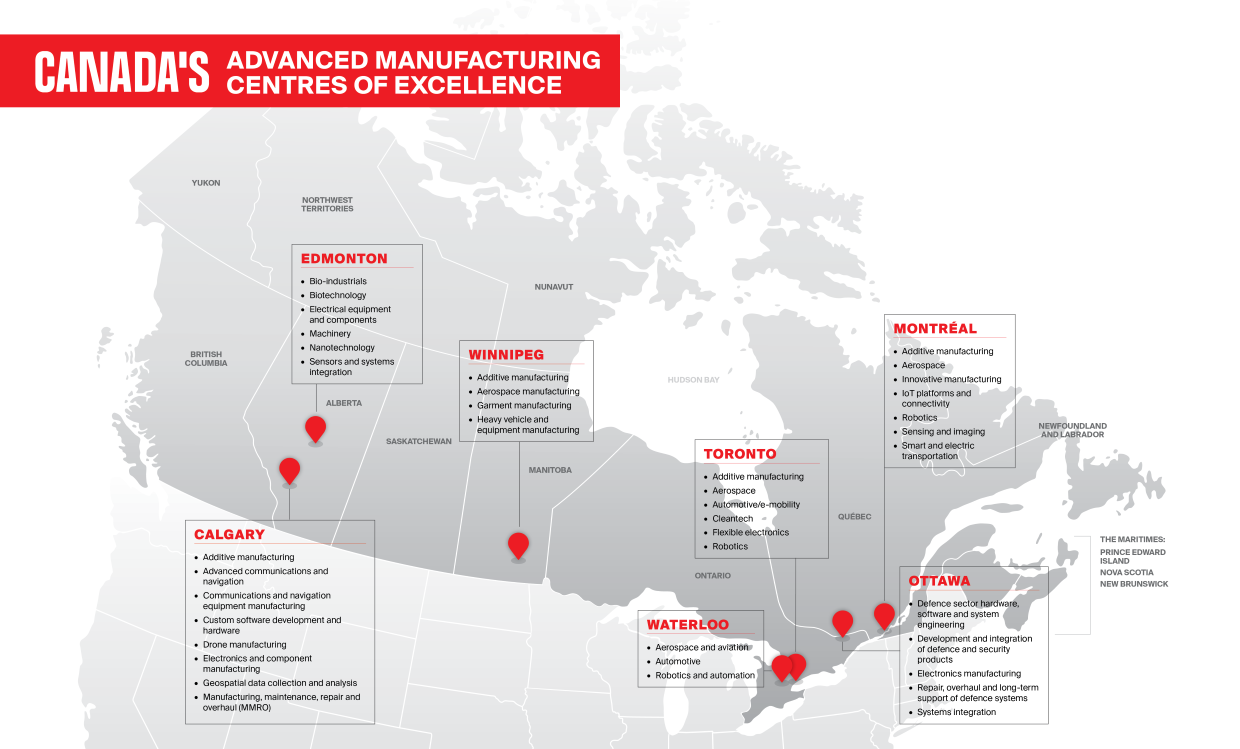 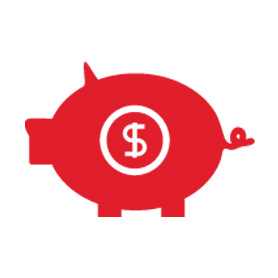 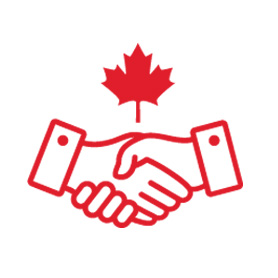 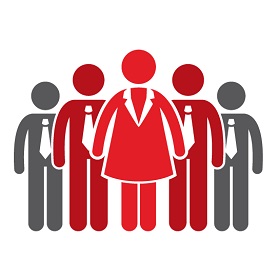 Calgary is among the most cost competitive cities in Canada and the United States, according to the 2017-2018 EY Location Cost Index. This western Canada hub was found to be the most attractive for business development and operating costs in R&D, drone manufacturing, and food and beverage processing.

In an area of the country where the economy is driven by energy, Edmonton specializes in petrochemical and biochemical processing as well as machinery manufacturing, which primarily serves the energy/mining, agriculture and construction sectors.

Saskatoon is home to companies that are designing and producing advanced manufacturing solutions for traditional industries as well as emerging economic sectors such as aerospace, defence and nanostructure fabrication.

Advanced manufacturing is among the city of London's core industry clusters, according to the London Economic Development Corporation. More than 500 manufacturers reside in the area, representing 10% of all employment, with defence, aviation and composite materials-based products driving growth in this sector.

Toronto is developing a global reputation for expertise in the emerging areas of digital, nano and flexible electronics manufacturing as well as additive manufacturing (3D printing) technologies.

Montréal
Connect with us

Using the latest technology and most advanced mathematical and engineering models, Integral Engineering's simulation model helps maintain safe oil and gas transmission pipeline systems by calculating the probability of failure due to corrosion, cracks and dents.

Winnipeg is home to NFI Group Inc. (New Flyer Industries), North America's largest manufacturer of transit and medium-duty buses and motor coaches, including zero-emission buses. NFI Group actively supports approximately 50% of the installed bus fleet base in Canada and the US.

Canada’s first Spatial Atomic Layer Deposition (SALD) system was successfully designed, built and operated in the spring of 2018 thanks to the contribution of seven University of Waterloo students. This nanoscience technique, used in the micro-electronics industry, enables a quicker and more economical surface coating of atomic layers compared to traditional systems.

Worximity's TileConnect smart sensor technology monitors real-time production in the manufacturing industry. The tool collects data from any type of equipment or machine and makes it available via the TileBoard mobile app. Users in industries such as metal production, recycling and pharmaceuticals, can quickly and easily track production speed, direct labour costs and other key performance indicators.

Hot Off the Press 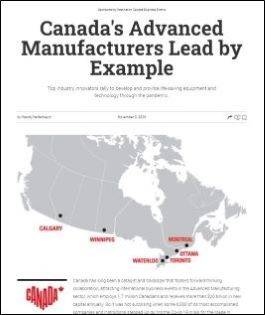 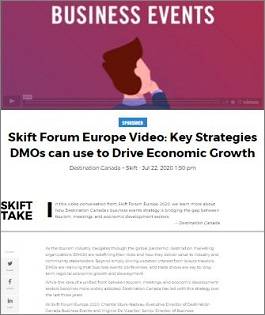 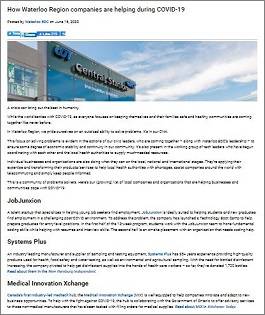 How Waterloo Region companies are helping during COVID-19 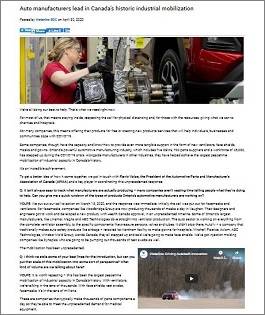 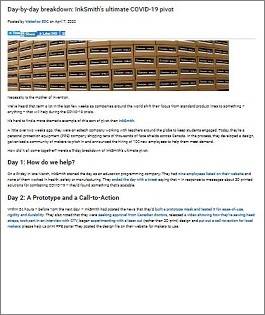 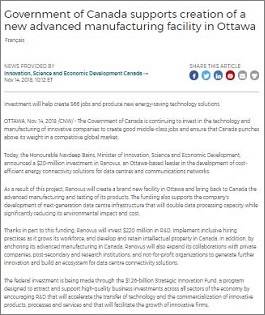 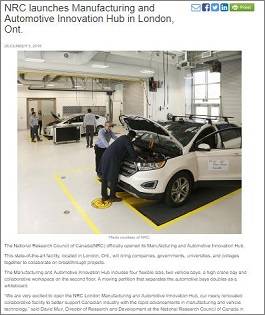 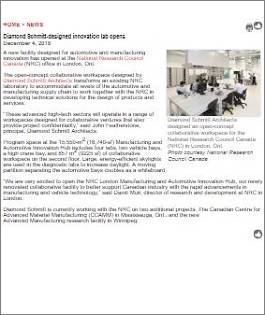 As technologies such as the Industrial Internet of Things, robotics and 3D printing become ubiquitous in manufacturing processes, our pool of talent, coupled with our dynamic education institutions and expanding startup ecosystem, will make Montréal a centre of excellence for advanced manufacturing.

Toronto is at the heart of Canada's Advanced Manufacturing Supercluster, which is revolutionizing the way we build things and creating better products and new industries. As a centre for innovation in this space, groups choosing to meet here benefit from the conversations that are happening here.

We've now quadrupled our space for R&D and we have a lot more area for prototyping things. We like to incorporate new technology and get things to market as quickly as possible—and there's a ton of talent and innovation in this area that we can pull from.

A huge benefit of being located in London is that we can easily access raw materials at a reasonable cost. We are very proud of our presence here—we want to hire more, produce more and bring some of the technologies we’ve developed in Korea to this London plant.

When it comes to driving the advanced manufacturing sector forward, there are few cities in the world better suited to succeed than Winnipeg. Cutting-edge R&D is being done right here on Industry 4.0-enabling technologies and additive manufacturing. Companies looking to the future of the manufacturing industry and agile supply chains should look to Winnipeg to see our industry-leading momentum.

By working together on applied research partnerships, we can ensure that Saskatchewan's manufacturing sector is able to adapt to the technological advancements and rapidly changing innovations of industry so that the province is competitive and productive on a local, national and international scale.

Jamie Hilts, Dean, School of Mining, Energy and Manufacturing and the School of Natural Resources and Built Environment, Saskatchewan Polytechnic

Bringing a product to market is a lengthy process but we have received tremendous support from the University of Alberta, TEC Edmonton and various federal and provincial government funding agencies. We are very grateful to all of them and look forward to an exciting future for this company. 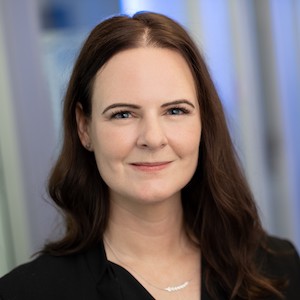 Subscribe to our newsletter
Sign up for event planning tips, resources, and news from Destination Canada's Business Events team.